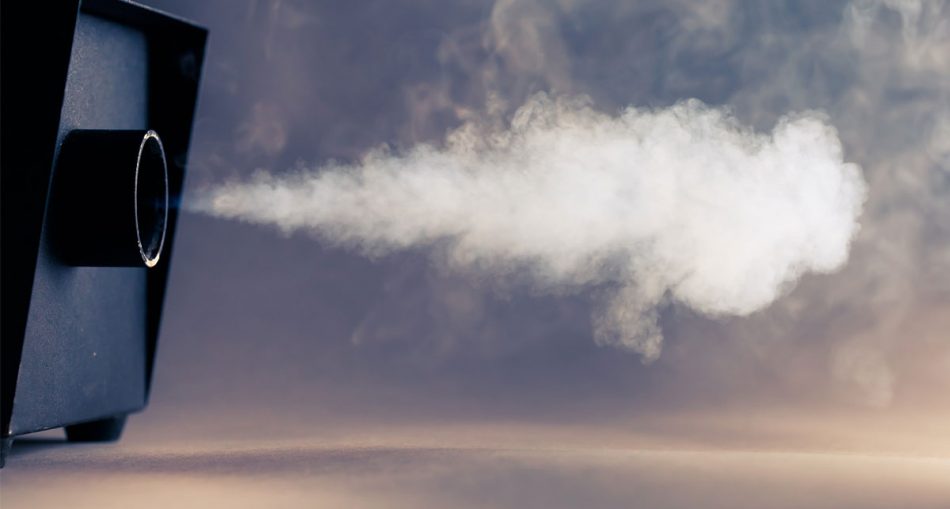 How to Use a Fogging Machine

The machine that has a number of uses and is used to crate smoke or fog in the atmosphere is a fogging machine. It is a device that is used to emit the smoke using some liquid particles and gases in the air. The artificial fog is used for a number of purposes. It is preferable for industries,  for entertainment applications, for professional uses and personal uses as well. A mixture of water and glycol based fluid or water and glycerin fluid is used to create the fog by vaporizing it. The machine is used for a variety of purposes that come in different capacities and designs. The machine also uses different techniques to create the fog.

This is the simple and basic fog machine, it is basically an electric pump that propels mineral oil, glycerin or propylene glycol or either uses an inert gas that is mixed with water that exchanges heat into fog.  Ethylene glycol is also used to make smoke but propylene is more preferable as it’s latter is toxic. The most common heated fog machine is the pump machine that includes basic models consisting of fluid reservoirs with an electric pump that works as an heat exchanger and changes the fluid into fog. Other complex models are also available that include a number of different features used to create the smoke.

The chilled fog machines are specially designed to create thick cloud fog that is close to the ground and does not float above. The fog in a chilled machine is created by using compressed liquid, dry ice, liquid air and liquid nitrogen. The dry ice effects are created by heating the water to boiling point in a suitable container and then dropping the dry ice in one or more pieces as at the standard temperature and pressure the carbon dioxide is a gas and therefore it sublimes and instantly produces gas and forms a thick smoke. In the similar manner liquid nitrogen can also be used to create the fog.

How to Use the Fogging Machine

The machine is used for a number of purposes that leads to commercial use and personal use as well. You can use it on a regular basis in high traffic areas or use it at a certain time period as per the need and surroundings. It can be used to sanitize the surroundings, spray pesticides and create smoke for parties and events.

Using a fogging machine is very simple and easy. The machine comes in different models with certain characteristics that are used accordingly. The machine runs on electricity and is eligible to provide smoke as per your needs and usage. To use the machine you have to fill the container with the eligible liquid or fluid. Install the machine at the required place and start it by turning on the switch. Once you turn on it the device will contact the electricity to make the smoke and generate it to the surrounding in just a few minutes. Chilled machines will use the dry ice to make the fog, heated machines will use fluid and water for the same. Haze machines are also used to make the smoke that are called the haze generators having less dense effect as compared to the fog produced from the fog machine. These machines are specially designed to produce unobtrusive homogeneous clouds that are suspended into air to create a subtle diffusion and make the light beam visible. The small machines have a handle that can be used to spray in the areas wherever you need and the big ones are placed on a table or at the ground and emits the white smoke in the air.

The machine is used in industries, concerts, offices and many other places.

Theaters: The machines are commonly used in halloween and other theoretical moments like in plays of Dracula, Macbeth, A Christmas Carol and haunted houses as well. It creates an impressive effect and proves to be a mood changer for the audience.

Concerts: Listening to your favourite singer between the white fog will take you to the dream world. The performer as well as the audience, both enjoy the concert. Some gases and liquid fluids are used to create the fog that is not harmful for the people inhaling it.

Weddings: One of the special functions of each one’s life is their wedding. To make the pre-wedding functions more drastic and enjoyable the set up of fog machines are done near the stage so that it can be used while dance performance or some other events.

Nightclubs: Ever wondered from where the white smoke comes in the nightclub? It’s all about the fog machine. An easy and simple way to make the dance floor more interesting is using the smoke at the ground and performing between it.

Photography: To make your photographs look more stunning the foggy effect is chosen. The machine is placed where the photo shoot is to be done and then the pictures are clicked. They are the best if you don’t have a much effective background and also proves to be a great idea.

Houses: They arealso a great one for personal use. You can use it in a week or two to sanitize your home or spray the disinfectant gas in the surroundings, that will keep your place clean as well as bacteria free.

Fogger machines are easy to use and manage. You just need to fill the proper amount of liquid and to get the right amount of fog.

Article Categories:
How To · Technology