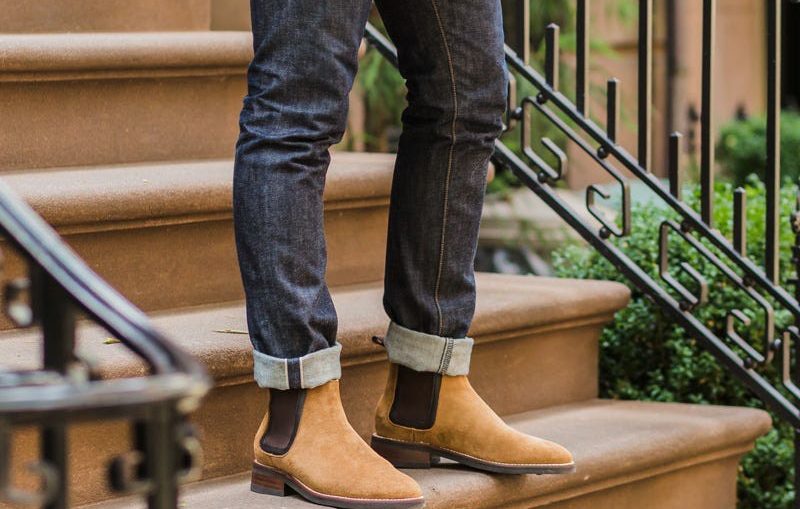 Stomp Your Way Into 2021 with Chelsea Boots!

One particular shoe is trending right now and it’s a perfect blend of style and functionality. It’s the “Chelsea Boots”

There is no way you are not familiar with the name and shape of these boots. It features a fitted style, flat ankle with elastic sides. No laces. The tabs help you pull the shoes onto your feet. These bad boys are chic enough to be work with Khaki pants to work. And they are tough enough to let you trek through the streets full of snow. Yes, they perform amazingly well in winters as well.

Wondering how these boots came into being? There’s a deep history and evolution that has introduced us to the Chelsea boots we know. Let’s revisit the timeline together:

It all started back in the 19th century, long before football was invented. Queen victor was fond of riding horses, but she always despised wearing lace-up boots. She asked J. Sparkes Hall, the royal shoemaker to invent something more comfortable to wear, that’s easier to put up and take off and perhaps had no laces. Charles Goodyear proposed to add an elastic closure; hence these boots were introduced.

Chelsea became Queen Victoria’s favorite boots. She even wore them for walks. He shoemaker patented these shoes in 1851 and so Chelsea boots came into being. Initially, they were called the paddock boots. Since horse-riding was popular back in the old days, these shoes immediately became widespread.

The use of these boots extended beyond the royal palaces. People started wearing them to work. Since these boots were tough and practical, they were worn in World War I.

The ‘Chelsea’ Boots Are Born

It wasn’t until the mid-1950s, these boots were named Chelsea boots.

A café named Fantasie was opened on Kings Road, a major street stretching through Chelsea. The café begins to be filled with interesting clientele including artists, writers, designers, musicians, revolutionaries, and more. Soon, this hangout spot was named the Chelsea set.

The name Chelsea became synonymous with the lifestyle of these personalities. It was all over the headlines in newspapers throughout London. The crowd at the Chelsea set used to wear these elastic ankle boots. The media started calling these boots “Boot Chelsea.”

Influence by the Beatles

The Beatles had their share of influence on the design of Chelsea boots. They customize the boost by introducing a high Cuban heel and a pronounced toe. This led to the formation of the Beatle boot. This design received recognition worldwide and became a basic piece in the wardrobe of every youngster in the 60s.

This stylish, comfortable, and elegant piece was perfect for bikers. The new version fitted the Modern movement perfectly. Following the Beatles, many musicians and rock bands were seen wearing Chelsea boots. Most of these musicians used to wear suits and Chelsea boots looked unmistakably great.

What Defines the Great Chelsea Boots

The most prominent feature of these boots is the elastic side panels, which make them easy to wear and create a d close yet comfortable fit, everyone adores.

Another significant design element is the pull tab that lets you slip a finger for pulling the boots on. Originally, Chelsea boots were made from leather, now, they come in a variety of materials even suede. They are also available in an assortment of colors.

As soon as Chelsea boots got mainstream, their replicas were seen all over the marketplaces. Of course, expensive brands kept the genuine collection but they were expensive. In case you are wondering are these boots still relevant in 2021, the answer is yes. In fact, today, consumers have more variety than there ever was in the past.

However, you have got to be careful when it comes to buying a genuine pair. These tips will help you with the right purchase:

Chelsea Boots have come a long way ever since their inception and they are the kind of pair that deserves a place in every man and woman’s wardrobe.