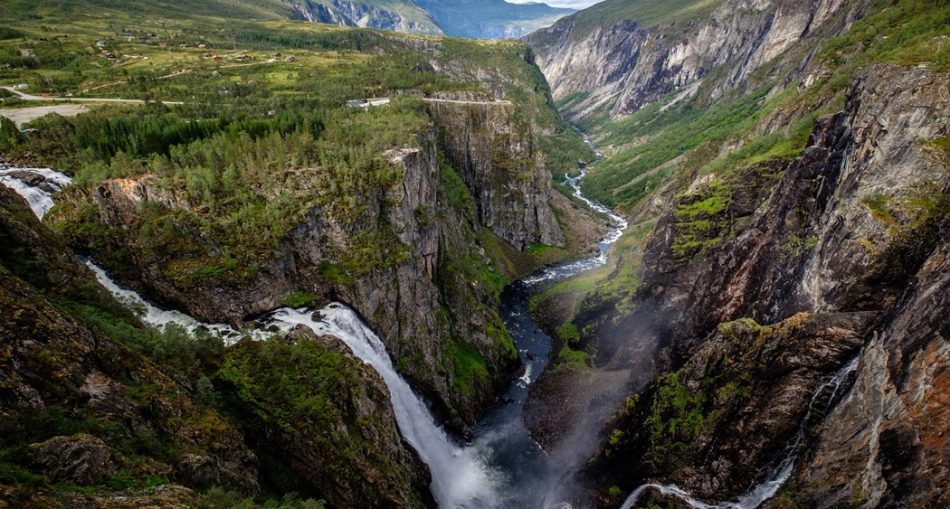 Image perfect landscapes – from world-famous fjords, breathtaking mountain views, to fantastic cities – are waiting for you in Norway. Each region—south, west, interior, and arctic—is distinctly different, and when you take in the wonder that the northern lights or the sun are reflecting off a massive glacier on a holiday, you’re having a great adventure. A brilliant social and cultural life is in harmony with its amazing natural beauty. There are cosmopolitan cities that highlight the modern life of Scandinavia as well as its traditional history. Norway is one of the most attractive and stunning countries in the world. Let’s explore the best places to visit in Norway tour:

Alesund is located on the narrow peninsula on the west coast and is considered the gateway to the magnificent northwest fjords and alpine mountains. It is home to a vast cod-fishing fleet of countries and is considered by all visitors to be a picturesque and quintessential Scandinavian place. Alesund was designed entirely in the Jugendstil Art Nouveau style of architecture after a fire in 1904. You may visit the Jugendstilsenteret (Art Nouveau Center) to learn more about this brick and stone theme. You can also take a short walk up the 400 steps to Fjellstua lookout point to see completely breathtaking views of the mountains and the surrounding islands.

It is the largest city in northern Norway and is best known for its 18th-century wooden houses and stunning natural surroundings. Located on Tromsoya, one of the many islands in the area, there are beautiful forests to be crossed and the Fjellheisen cable car to the top of Storsteinen is highly recommended. Visit historic and cultural places such as the Polar Museum and the Polar Aquarium. And for those who want the beauty of the Northern Lights, Tromso is one of the best places to see them.

The third-largest city in Norway is the ideal base for exploring the surrounding area. Trondheim has many faces – known for music, technology, students, food, and cycling! The city hosts year-round festivals such as the St. Olav Festival – the largest cultural and church event in the world. It’s called an “intimate big city,” which captures the modern and vibrant atmosphere, but still lets tourists know that tradition has not been forgotten. Trondheim was the country’s capital during the Viking period, and you can visit sites like Sverresborg Castle (12th century) and Nidaros Cathedral – a pilgrimage site for nearly 1000 years.

As the Birthplace of the Giants, Jotunheimen is the leading national park in Norway. The park is situated in the south center of the country and includes many mountain ranges, including the 29 highest peaks in all of Norway. There are hundreds of hiking routes that take you to fantastic glaciers, transparent deep forest lakes, and panoramic valleys. At least one of them will take you to Vettisfossen, Norway’s highest waterfall (275m). The park is still busy with adventure-seeking fun-lovers and tour companies are putting together some amazing packages that highlight the best of what this beloved park has to offer.

Svalbard means the “cold coast” and this tiny group of islands is regarded as the birthplace of the polar bear. Located in the Arctic Ocean between Norway and the North Pole, this is the northernmost location permanently inhabited. Untouched arctic wilderness mixed with uncommon and exotic wildlife creates an atmosphere that is rugged and thrilling for travelers. Most people live (and visit) Longyearbyen, the largest settlement in the archipelago. It is a small but energetic town that has developed from a traditional village to a remarkably modern place with festivals, exhibits, concerts, and other cultural activities.

As one of the fastest-growing cities in Europe, the atmosphere in Oslo is positive, modern, and comfortable. It’s a cosmopolitan destination with world-class restaurants and art galleries, but it always manages to make you feel like you’re in a much smaller place. Just within the “U-shaped” Oslofjord, Oslo is a two-thirds forest and green space that makes it the ideal spot for biking and hiking. Olso is the capital and home of Norway, not only to the royal family but also to major cultural institutions such as the National Theater and the National Museum of Art, the Nobel Peace Center, the Munch Museum (the permanent collection of Edward Munch’s The Scream) and the Norwegian Opera and Ballet.

This town varies from the rest in Norway because of its sandy beaches and its colder climate. Stavanger is the preferred summer destination for travelers who want a taste of Scandinavia mixed with sand and surf. Due to its position in the southwest of the world, the port here is a big stopover for tours and cruise ships. You’ll want to see the Rogaland Kunstmuseum, which has a great collection of Norwegian art, as well as the best example of a medieval church in the world, the Stavanger Cathedral. In the Gamel Stavanger area, you can slip back in time to discover the best of Scandinavia in the 18th century.

It’s a bit amazing how stunning the Lofoten Islands are. Best known among those who like to go off the beaten track and get in touch with Mother Nature, this wonderful wilderness outpost highlights untouched landscapes of deep fjords, great mountain ranges, exclusive seabird colonies, and exquisite beaches. Although it is situated at around the same latitude as Greenland, the climate in this archipelago is mild thanks to the Gulf Stream. If you want to have a truly amazing experience in nature, Lofoten is your spot. You can go kayaking between islands, sailing, fishing, scuba diving, ocean rafting, hiking, skiing, and more.